This concept is for an app or a feature in the built in Operating System of the mobile , tablet or Laptop. The advantages presented only work if the screen is an AMOLED Active Matrix (Organic Light Emitting Diode) type or a similar display type, where black color is an OFF mode without backlight and would not require energy.
The feature would allow the user to reduce the display area of his mobile phone, in other words use part of the display and keep the other part black (OFF). If the display size is reduced to half, the energy consumed could be reduced significantly. 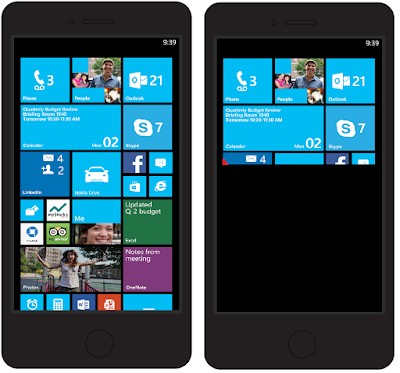 The concept is demonstrated in the picture below, in this example of windows operating system, the user can still access all his icons by using the scroll function.
This concept is also applicable when running camera still shots or video, using the screen as the view founder doe not always recommend the full display scale of it. When recording a video, most phones have the screen on and showing what is being recorded which drains the battery significantly. By being able to reduce the display size, again the battery life could be significantly increased . 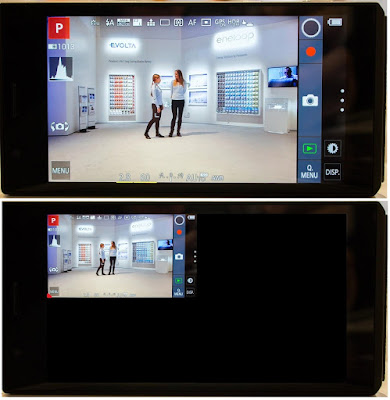 A feedback is always appreciated on what other advantages or uses this concept could have. Are there any disadvantages ? Would you like to have it on your mobile ?