Elevators have been around for hundreds of years moving cargo up and down. Safety elevators were introduced in 1852 by Elisha Otis which made it safer for people to use elevators. Since then the Elevator design has not changed too much until the recent magnetic technology demonstrated by thyssenkrupp Elevators called “Multi”.

Multi is a new elevator technology with cabins driven by electromagnetic motors on a magnetic rail. They are not lifted by attached ropes and thus have no limit on how high they can go. Also they need not only go in vertical direction, Multi elevators can travel in horizontal direction and thus they have more freedom . Several multi elevators can travel on the same rail and thus they contribute to a more versatile transport infrastructure.

Multi has inspired me to think about other ways that an elevator can have the freedom of displacement. It took me few days to come up with another simple design using magnetic force but also friction force. I started searching the internet for similar ideas, patents of such elevators; i found nothing but one toy.  The toy had exactly that system, so i bought one and played a bit with it. You can see it in the video below.

This toy can climb sheet of metal because it is equipped with two small magnets in the bottom, these magnets do not touch the supporting surface as the wheels keeps them few Millimeters away. This creates a force that pulls the toy towards the wall but does not allow it to stick to it. When the wheels have torque applied the toy rolls on the wall as if it was rolling on the ground. The magnets in this case generate an artificial “gravity” so that the wheels create pressure on the wall and thus can have traction force. The magnets are placed between the wheels as you can see below, they are small relative to the toy size and they are a small portion of the total weight, still they allow the toy to climb up a wall. 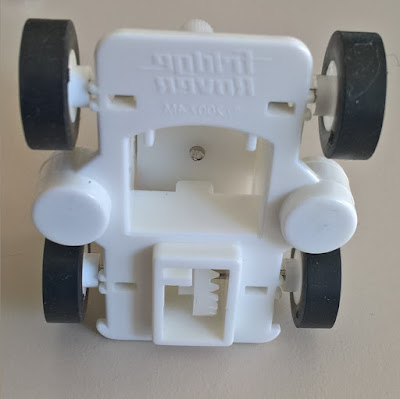 The same principle can be applied on a larger scale. Large passive magnets or active electromagnetic coils can have a pull force of 1000Kg or more when put few millimeters from a metal wall and thus they can create enough pressure force for a vehicle wheel on a rough wall. So, i got to imagine different elevator designs that run up on walls with total freedom to go in any direction , drive on regular ground and climb up again another building. These elevators can be equiped with additional safety measures for passengers , like safety lock rails. They can be used in designed shaft but also on the outer shell of buildings. Yet again small robotic crawlers can be used with this mechanism to ravel on the building shell and deliver mail to offices. The Ultimate application of this concept would be to have different building sections connected by bridges on the side of which the magnetic elevator can crawl up or sideway thus changing the building design in a fluid manner.

Below are some cad drawings i made of such concepts and some short animations  I hope this article enriched your imagination of a possible future. 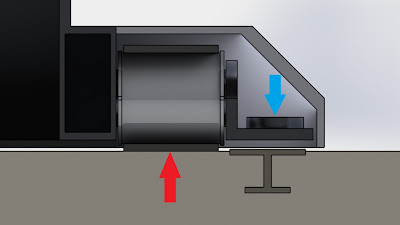 The magnet to the right side exerts a pull force towards a metal beam embedded in the building and this this generate a reaction force through a high friction (track) belt that can carry the vehicle upwards vertically. 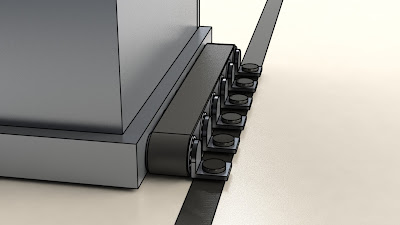 The concept is simple to build and test. The rubber belt track can be driven by several electric motors with a battery pack carried on board and a possible wireless charging station at every stop or a contact charge when the elevator reaches every door. This system is covered with a protection cover in the animation below to improve the esthetic and protect the mechanism for the weather when it is moving on the outer side of a building.

And finally , this is how several elevators can function on the façade of several buildings allowing the expansion of architecture freedom and creativity. 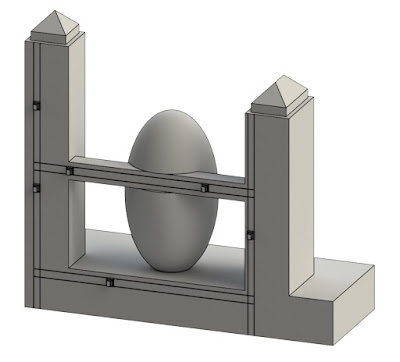